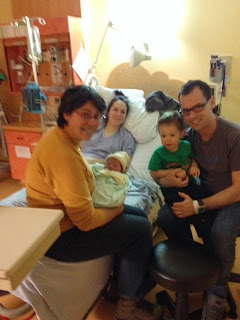 on se parle plus tard,


A Dallas woman was attacked Monday by an eight-foot shark while on vacation in the Bahamas on her anniversary.
We're told that Lacy Webb Martin will be in a Florida hospital for at least weeks before returning to North Texas for what's described as extensive cosmetic surgery.
She and her husband Brit were on their annual trip to Abaco Island to visit her mother. They were swimming in about eight feet of water when Lacy suddenly motioned for help.
"She was so calm that I thought she was kidding," Brit Martin said. "So I swam over there and she pulled herself up on the boat and she was missing half her back

That bite was so severe that Webb fainted as she was being pulled back on the catamaran. Rescuers believe she may have been attacked by a tiger shark.
"We pulled her up on the boat and just wrapped her in a tourniquet with towels and, luckily, there was a doctor on one of the other boats from New York and she came over and they radioed the medics," Brit Martin said.
Webb was rushed flown via air ambulance to a hospital in Fort Lauderdale where she underwent the first of many planned surgeries.
Her husband said she remained calm the whole time. "She didn't scream; the doctor said that's what kept her alive," he said.
Lacy Webb faces a long road to recovery. Her Dallas neighbors were shocked by the news and immediately started to pray for her.
The victim's grandmother, Mary Lacy, said she was dumbfounded when she got the call.
"I said, 'Are you really sure that she was bitten by a shark?' They said, 'Yes. We're in Fort Lauderdale. We flew over last night, and we didn't call you last night because we didn't know how badly she was injured, and we didn't want to call and tell you and then have to tell you something worse."
Lacy was able to speak with her granddaughter for several minutes on Tuesday morning. She said she sounded groggy, but was in good spirits and feeling better.
Back in Florida, Brit Martin is still trying to make sense of it all.

"You know, you hear about it on TV, but you just never think, 'Hey, this could happen to us on vacation," he said.
Publié par Réseau du capitaine Le lundi, janvier 12, 2015 Aucun commentaire: